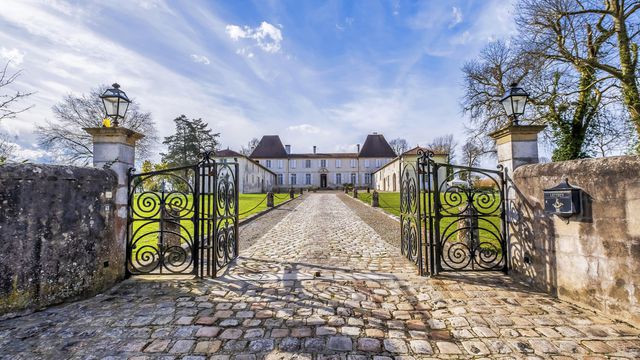 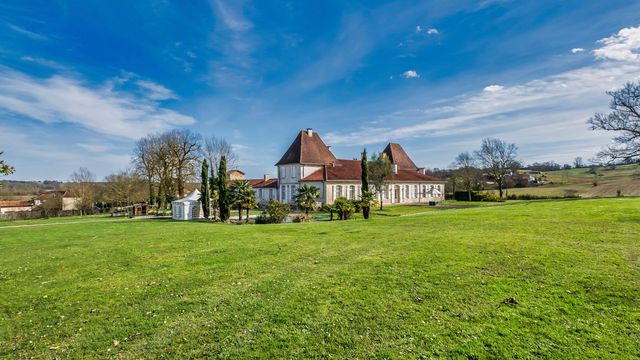 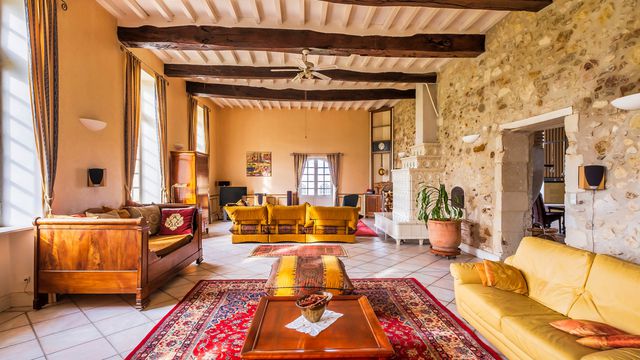 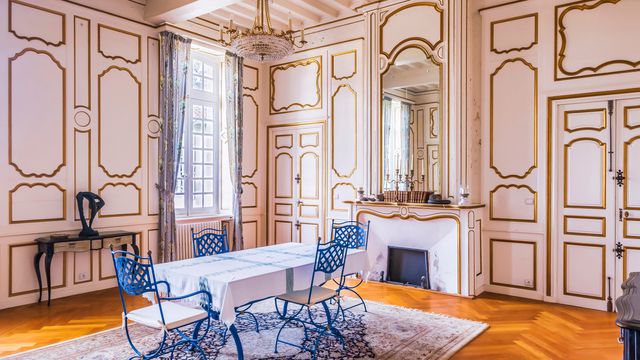 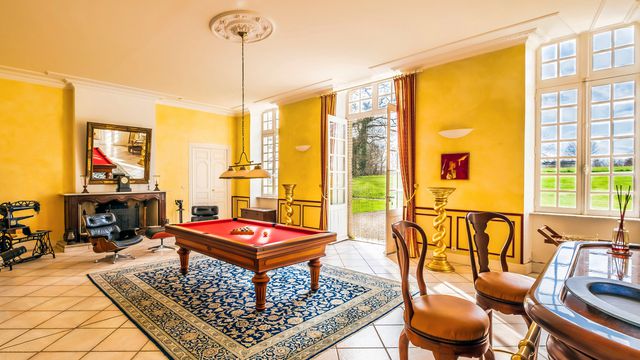 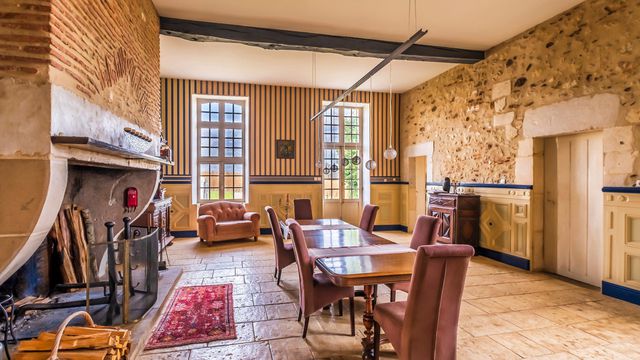 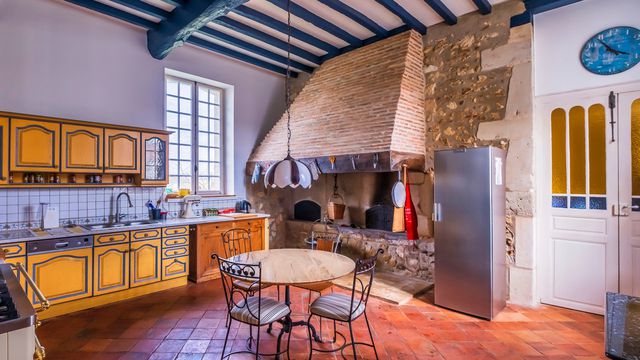 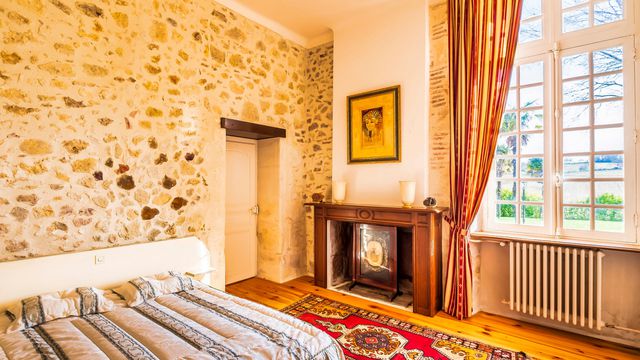 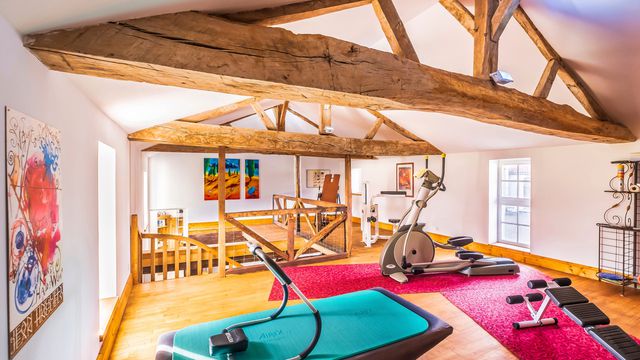 This superb Classical style castle was built at the beginning of the 17th century by a family of the Landaise nobility who played an important role under the kings of England and the French sovereigns until the Revolution.

Its facade, its Louis XV lounge, and its bread and pastry ovens have earned it partial classification as a "Monument Historique".

It is situated in a pleasant country setting at the entrance to a charming village in the heart of the Chalosse region on a 5,5 hectare fenced estate.

You will be able to admire its armoured porch, its carved wooden doors, its mullioned windows, its Gleyzia mosaics, its bread and pastry oven under two doors in the kitchen...

The property develops about 840 m² of living space on two levels and has adjoining outbuildings of 300 m² (laundry room, wine cellar, garages...).

The current layout of the castle includes two gîtes on the south wing of the building with independent entrances which represent about 150 m² of its living space as well as a fitness room.
They communicate with the main part of the castle if you do not wish to have a bed and breakfast or gîte activity (plan available).

Agricultural outbuildings set back in its park allow you to create stables if you wish to have horses, the setting being conducive to this activity.

A small pond with freshwater fish also decorates the garden, as well as a salt-heated swimming pool and terraces under several exposures.

The geographical situation is ideal, as the castle is located 25 minutes from the town of Dax, the leading spa town in France, and an agglomeration of 55,000 inhabitants.
The city of Bordeaux is an hour and a half away, and Biarritz airport is about an hour's drive away. You can also enjoy the beaches of the Landes less than an hour away and the Pyrenean ski resorts at 1h30.

Lots of charm, pretty bucolic setting, very good general condition, let yourself be seduced by this Landais castle which will certainly not leave you indifferent !