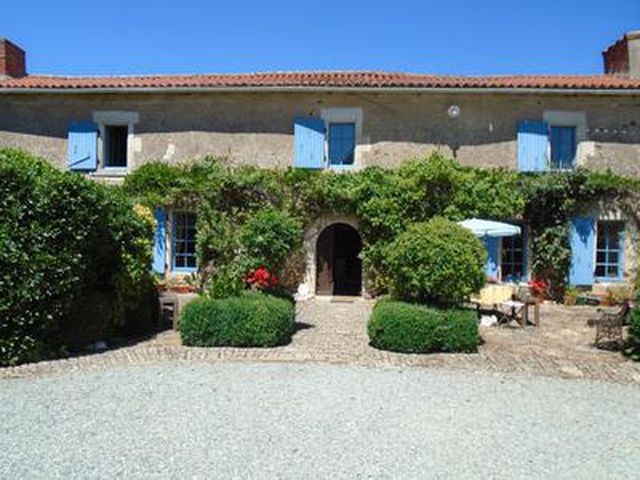 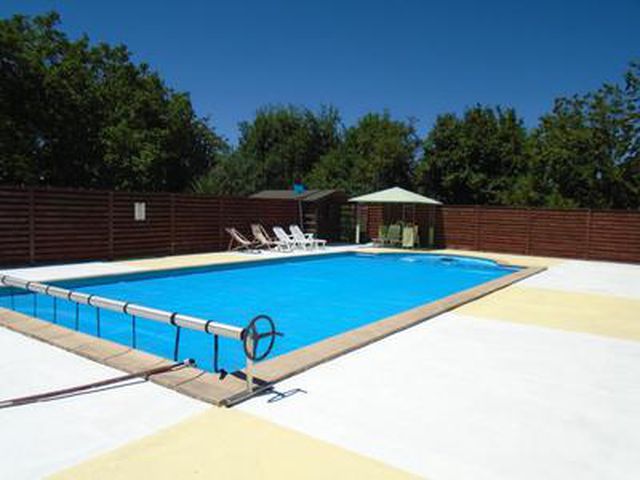 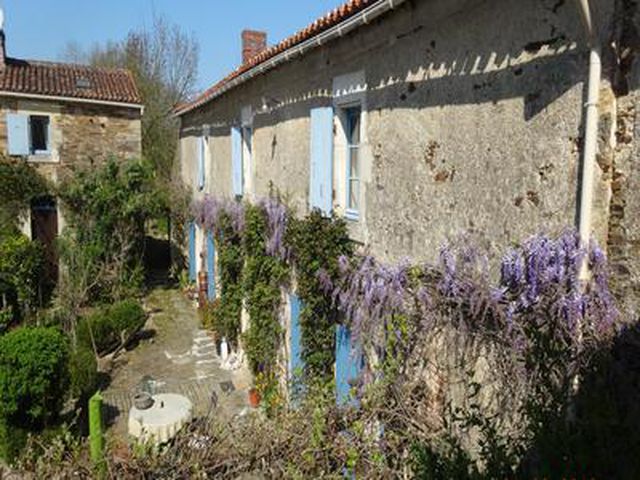 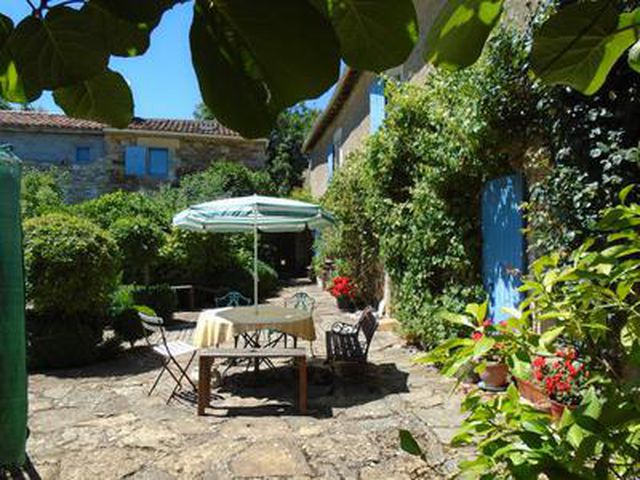 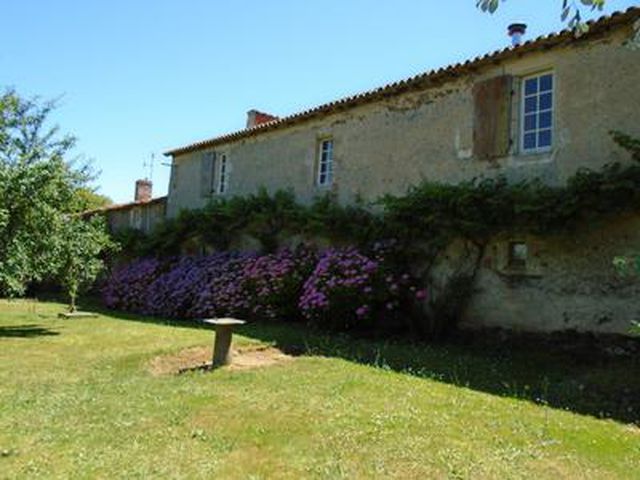 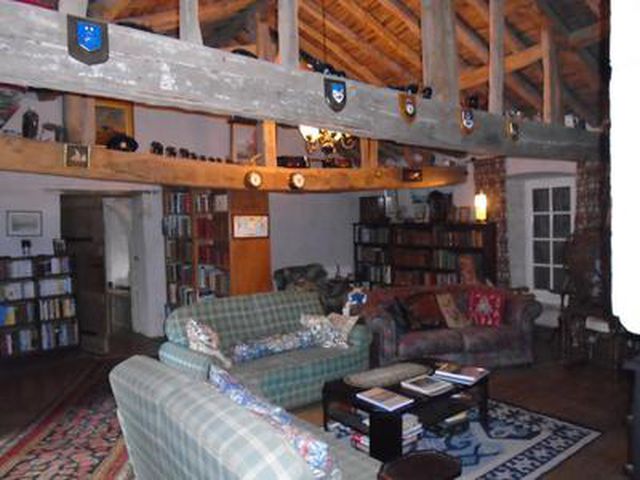 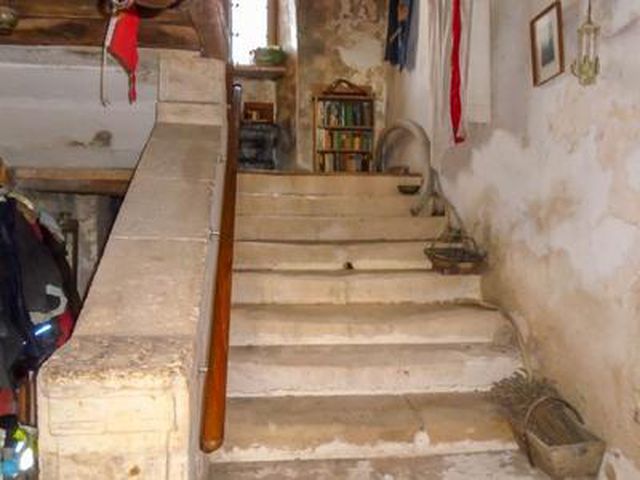 This stunning 16th century property, part of which can be dated back to when records on it began in 1469, situated in the heart of the Vendée near the medieval village of Bazoges en Pareds with is wonderful Donjon, is a fabulous opportunity for someone to acquire an amazing home steeped in history, with 3 gîtes, in-ground heated swimming pool (by solar panels), large gardens, and numerous outbuildings with the potential to create more living accommodation.

The main house, entered by an arched front door, to the right of which has a limewash cross, which the vendors believe indicates that at one time the property may have been a 16th century priory. As you come into the house, you are met with a stone flagged entrance hallway with the original stone staircase which still retains the priest's hiding place and musket-hole through the stairs (one of only two still in existence in the Vendée). There is a solid oak door to the rear garden. Also in the hallway there are two frescos, two guardien characters, with the frieze continuing through the hallway, which give the visitor a sense of the history of the property. There is a large, "homely", country, kitchen with large stone fireplace and woodburner cooker, red tiles on the floor and exposed beams and stonework. Behind this large kitchen, are two further rooms, both with large stone fireplaces, one which has the large stone washpots on either e side and stone preparation shelf, the other still retaining the stone washing trough. This particular part of the house dates back to 1469. Also on the ground floor is an office, large lounge with french doors to the rear garden, and a further small lounge area heated by a good quality and efficient woodburner.

The first floor landing, with original wooden floor, gives onto two rooms, by way of stone arched doorways. To the right is the enormous master bedroom with dressing and ensuite and to the left is a large lounge with large stone fireplace with woodburner which is currently used as the visitors' lounge. This room then leads to a second hallway which gives onto two further family sized bedrooms, both with en suite, and one with the original watchtower which currently used as a child's bedroom. Also off this hallway is a second hallway with further, partially renovated, living accommodation.

There are three gites with this property, two three bedroomed cottages and one one bedroomed cottage. The two three bedroomed gites are interlinked by a door which opens up to provide accommodation to sleep 14. The one-bedroom gite has a large stone fireplace with woodburner and mezzanine bedroom. The two three bedroom gites have electric heaters and each has one large kitchen/lounge/diner space; the eight person gite is all on one level and the 6 person gite has on ground floor bedroom and two first floor bedrooms. All the gites have their own outside space and there is plenty of parking.

Outside there are numerous outbuildings including a woodshed, three car garage, workshop, barn, piggery, cave with vaulted ceiling, and pool house. Above the garage there are two games rooms with a balcony. The property has a central courtyard and the buildings surround this central space. Access to the property is by way of a driveway from the lane and is completely secluded and private.

The garden surrounds the property on all sides, with a large wooded area, landscaped lawns, kitchen garden, terraces and shrubbery areas. The property overlooks a river in the adjoining meadows and there are uninterrupted views of the Vendée countryside.

There are three fosses with the property, all passing their last control. There are electric radiators, oil central heating (not tested) and woodburners throughout various parts of the property. There is Satellite TV and wi-fi available as you would expect from a holiday business. The swimming pool is 12m x 6m. The current owners have installed a generator should there have ever been any problems with the electricity supply (this could be left subject to negotiation). The swimming pool is heated by solar panels but there is also a heat exchanger should there ever be a problem with the panels.

Situated just 5km from La Caillère St Hilaire and 15km from La Chataigneraie, this property is ideally situated for many of the tourist attractions in the Vendée and surrounding areas. La Rochelle is just over an hour away, Nantes an hour and a half, Puy de Fou 45minutes and the main ferry ports of St Malo, Caen and Cherbourg all within half a day's drive.