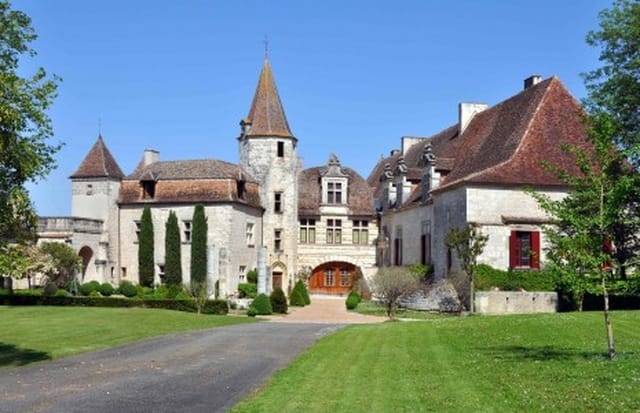 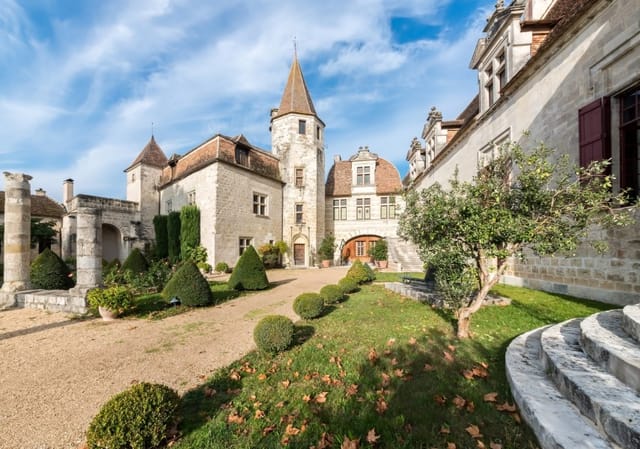 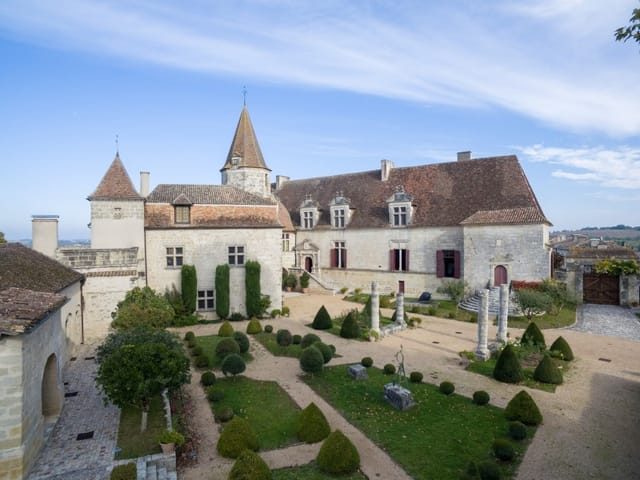 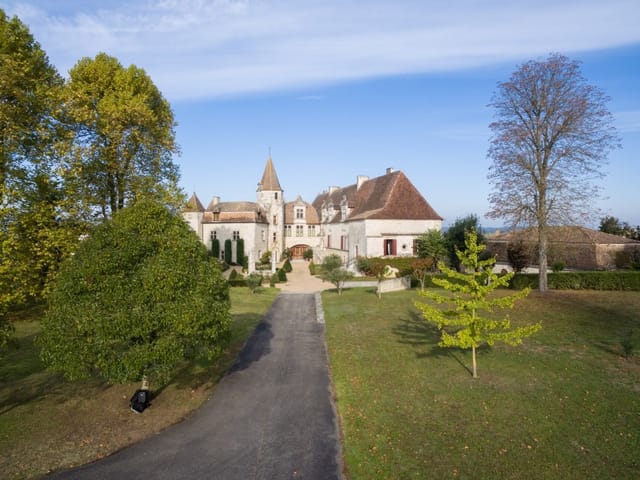 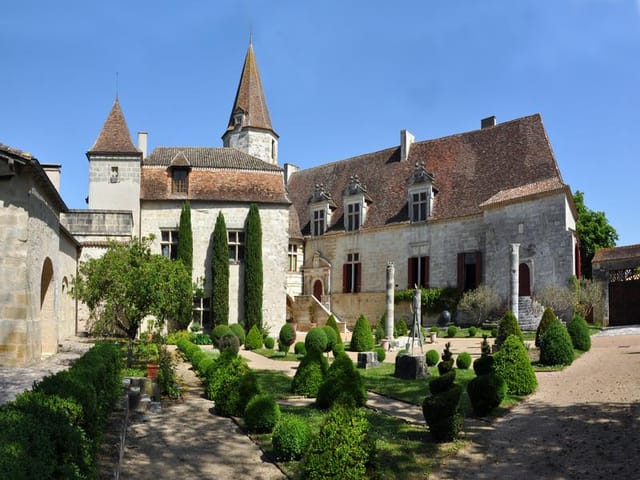 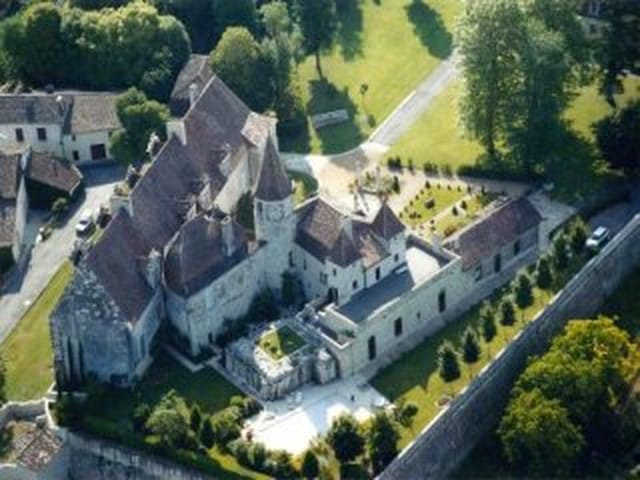 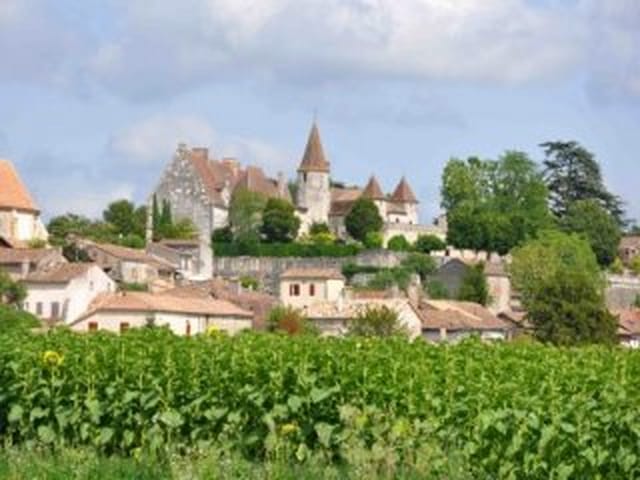 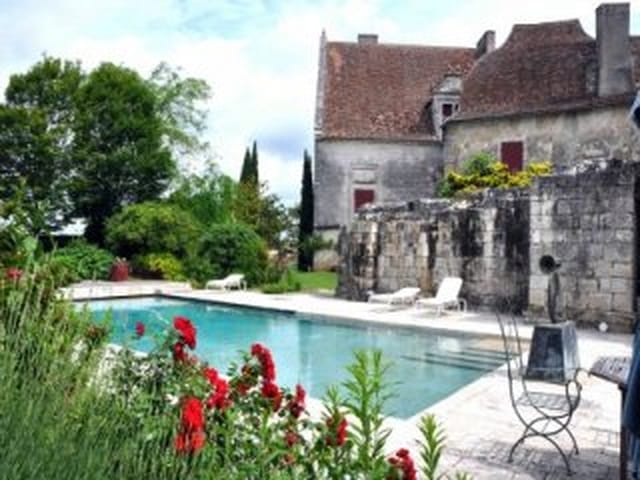 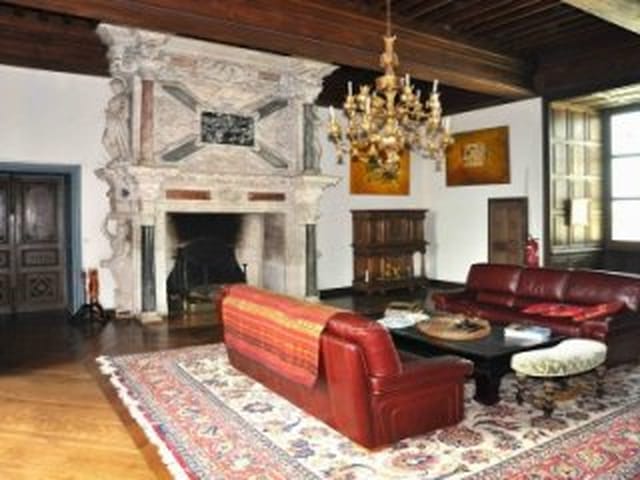 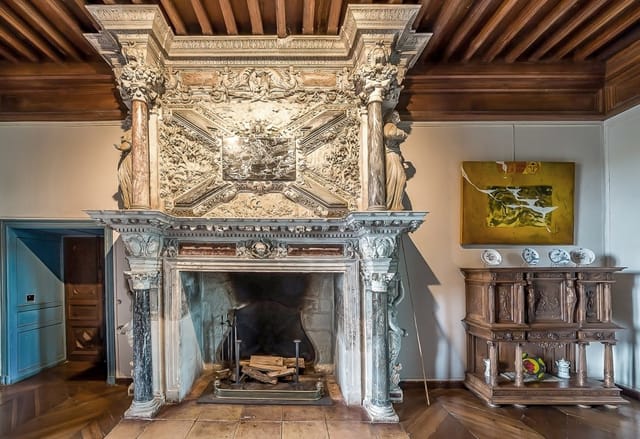 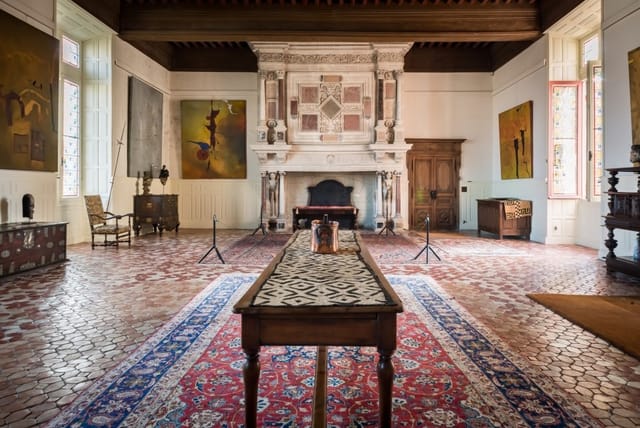 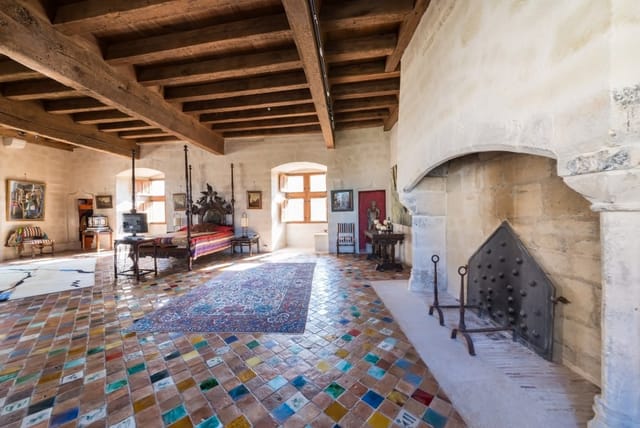 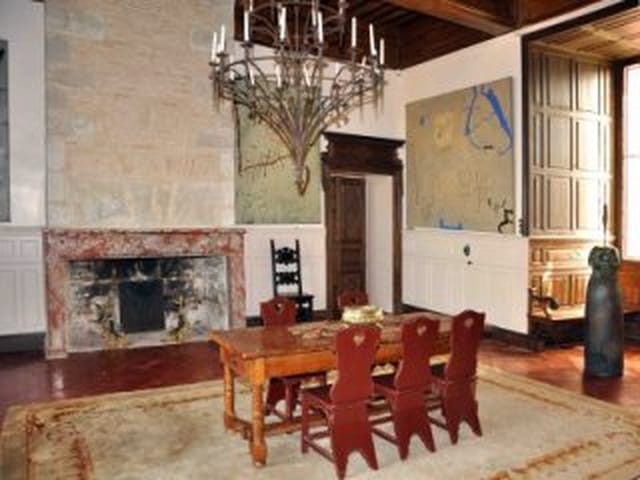 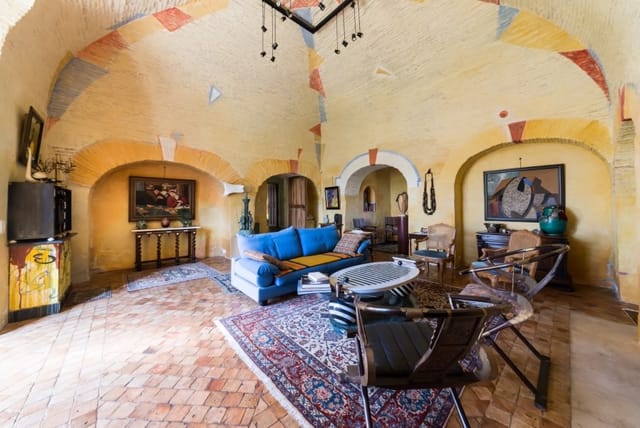 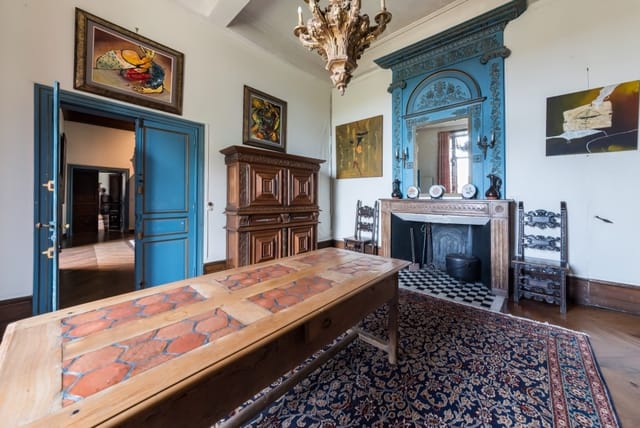 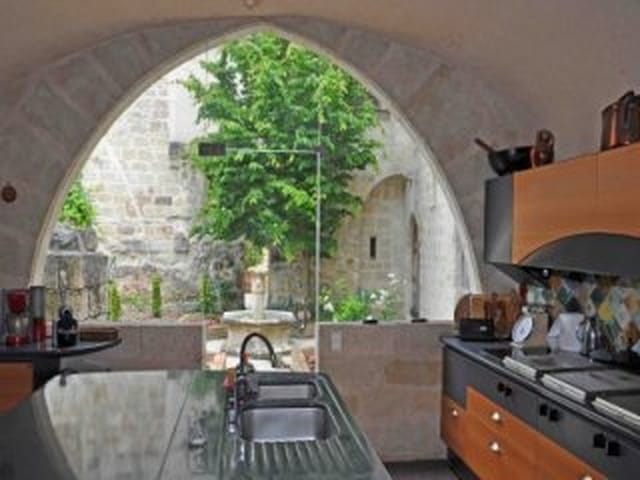 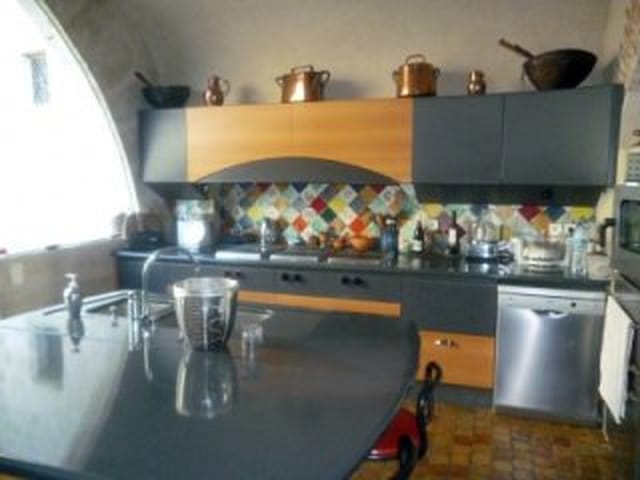 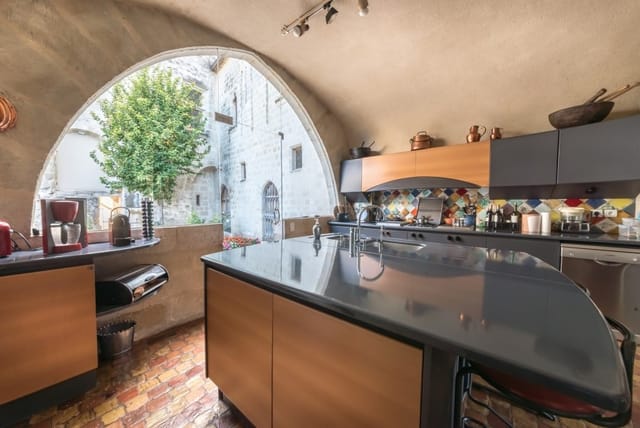 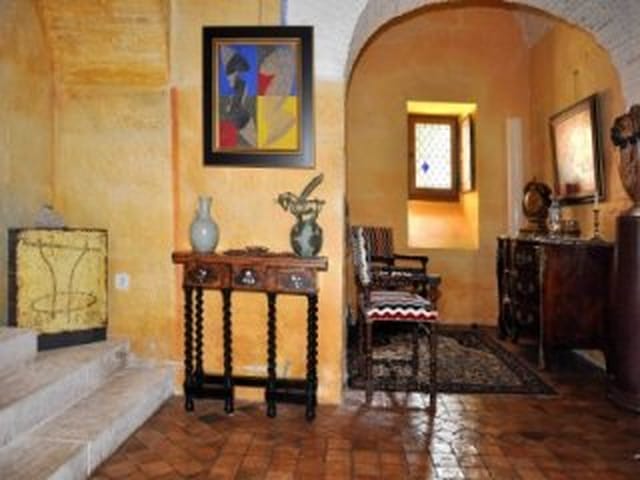 An outstanding Grade 1 Listed Château, steeped in over 500 years of fascinating history, set amidst the Lot & Garonne.

This is without doubt one of the most beautiful properties in France not only for its architecture but also because of its history, the life of the lords that have helped shape French history.
Situated between the banks of the Dropt and the hills of the Périgord, the surrounding area is soft rolling countryside covered with vineyards and orchards.
8 km away from the Dordogne, the Château is in a prominent position right in the heart of the village.
The high walls and the 4ha shield the living areas from any noise.

History: The Château is the result of the efforts of the famous aristocratic Caumont family that gained important social status from the 13th century.

Organised around an imposing courtyard and surrounded by a beautiful garden à la française, this harmonious property is composed of three main buildings from the 12th to the 18th century:
- the dwellings from the 15th century
- the Renaissance wing
- the central body, the dome, from the 17th century

The Medieval Castle:
The oldest part is the left wing with its tower dating back from the 15th century and its magnificent door.
It has been strictly renovated in the most refined manner using ancient materials to achieve a perfect conservation of the historic characteristics (chimneys, terra cota floors, transom windows frames, stained glass windows, inside shutters, iron work ...) and the installation of modern comforts regarding: heating (including under floor heating), electricity, fire and burglar alarm, etc.

This part of the property provides 500 m² of floor space built on three levels.
The ground floor contains:
- one large living room with a wide 15th century chimney
- large reception rooms under a vaulted ceiling, a dining room
- a fully equipped kitchen, a sitting room, an office, etc.
- a cellar in the dungeon, a plant room and a storage area
On the 1st and 2nd floor: 5 bedrooms and 4 bathrooms

The Renaissance Château:
The Caumont-Lauzun family crest is sculpted on the monumental door which is equally listed. Above the cellar, at garden level of 500 m², are the ceremonial rooms:
- the Guard’s room, approximately 200 m², with period tiles, plafond à la française, stained glass transom windows, an imposing chimney listed at a historical monument, highly representative of the Renaissance style.
- the King’s bedroom, named after Henry the 4th and Catherine de Medicis spent some time there, has a ceiling à la française, stained glass transom windows, and a beautiful chimney produced in the style the famous Ecole de Fontainebleau.
The chimney in the sitting room of this Renaissance part of the Château was offered by Catherine de Medicis to a little girl born while she was visiting, the stone carving on the chimney represents Catherine de Medicis and the girl.
These two Renaissance chimneys, listed as Historic Monuments, are part of the 5 most beautiful chimneys of France.
- the Duque’s bedroom is a symmetric equivalent of the King’s bedroom with again ceiling à la française, stained glass transom windows, and chimney in pink marble.
- there are two apartments at each end of the building.
The flow above stands below a beautiful wooden rood structure in the shape of reversed boat’s hull fully restored by the Monument Historiques funds. The roof space could be converted to provide 500 m² of extra living space.

The central building, also called the 'Dome', and referred as such in the Chateau’s archives, was built in the 17th and 18th century. On the ground floor there is a very large fully equipped kitchen with a chimney and bathrooms, etc.
On the first floor there is a library and on the second floor are the staff quarters to be renovated.

Outbuildings:
- The Prunellerie, a 16th century building, in the Périgourdin style to be renovated. 300 m² of floor space divided into two floors.
- The groundkeeper’s house, at the entrance of the chateau, approximately 100 m².
- A farm outbuilding, behind the walls, of approximately 300 m².

Close to main towns such as Bergerac, Marmande, Villeuneuve sur Lot, Agen.
The international airport of Bergerac is only 27 km away.
Bordeaux is 120 km away.