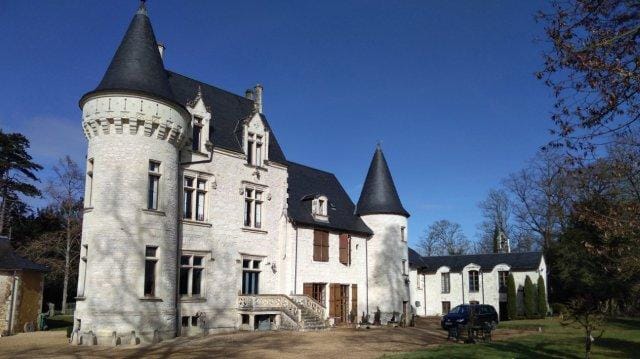 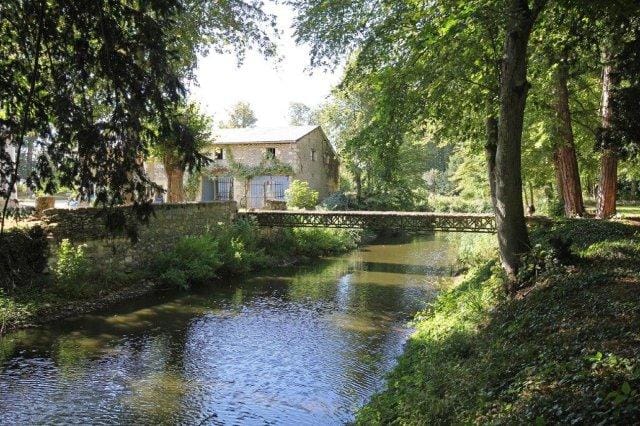 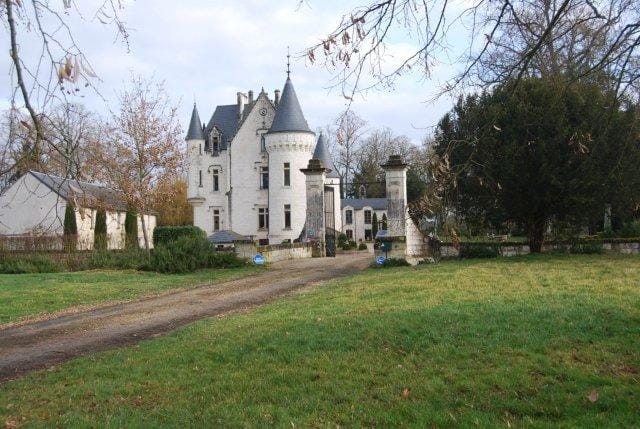 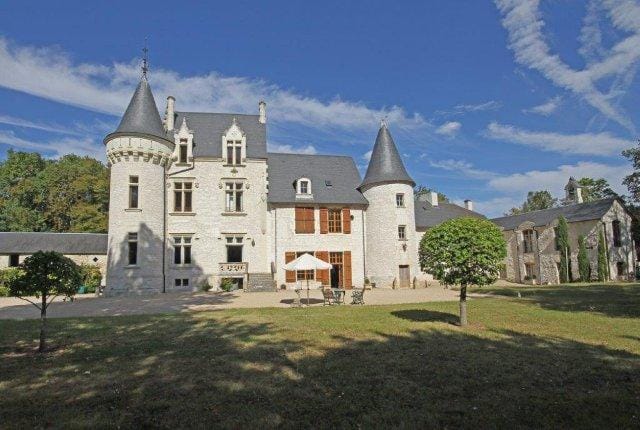 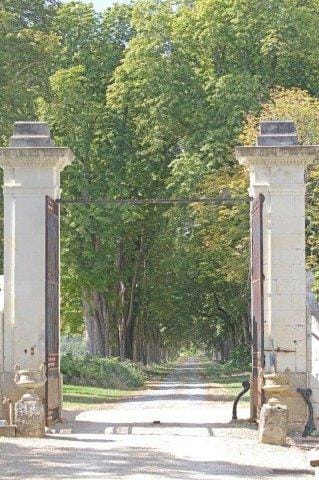 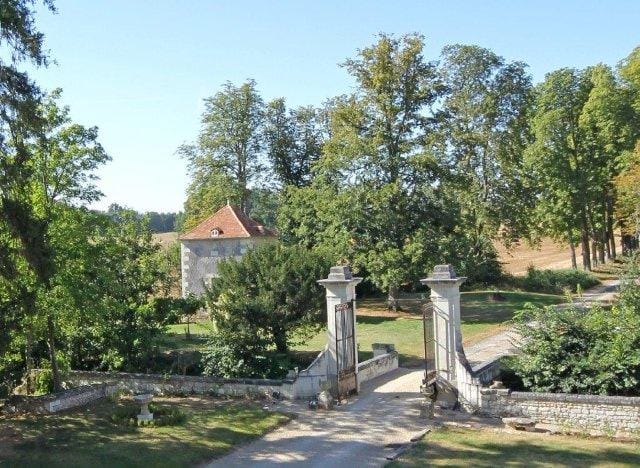 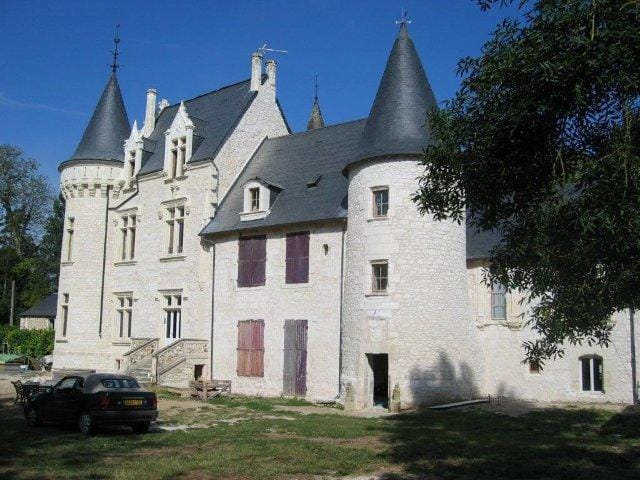 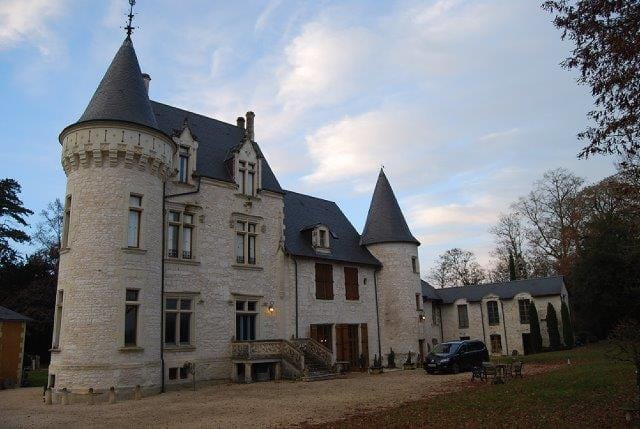 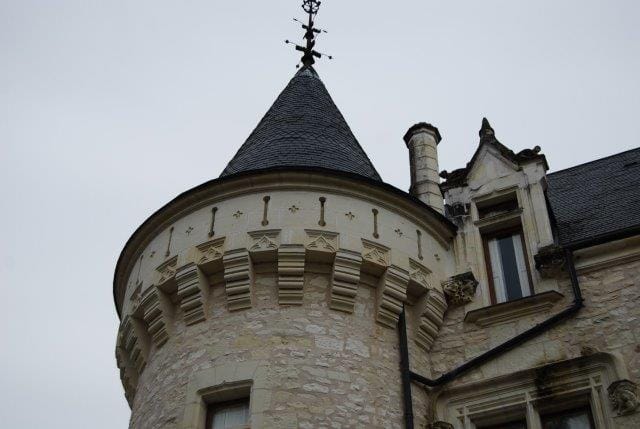 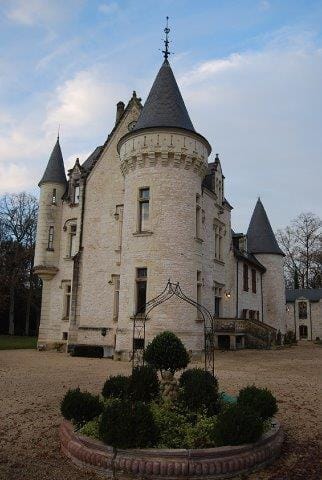 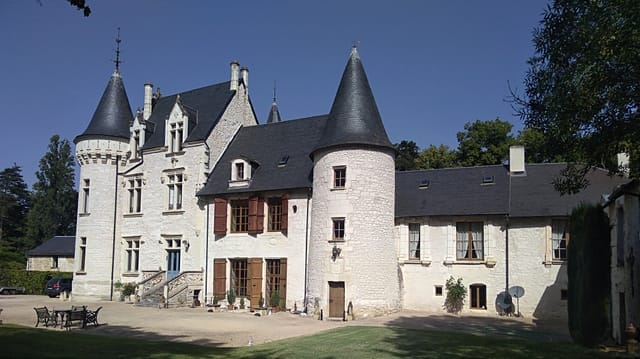 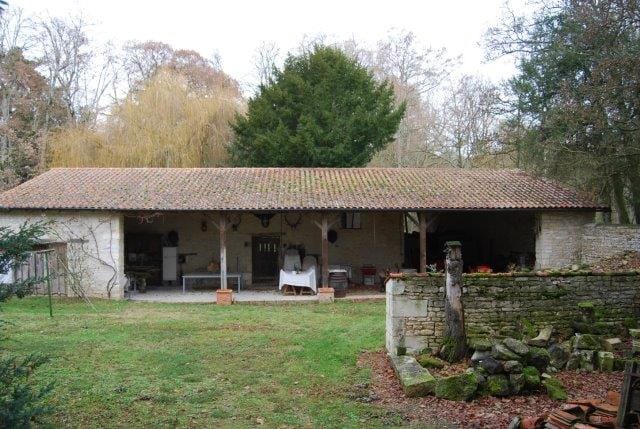 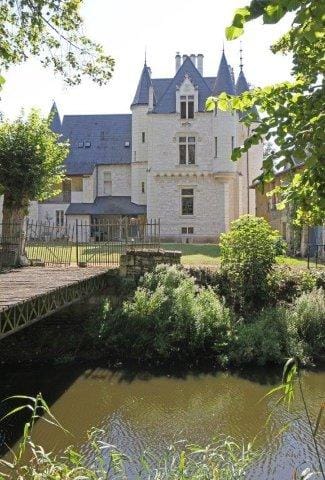 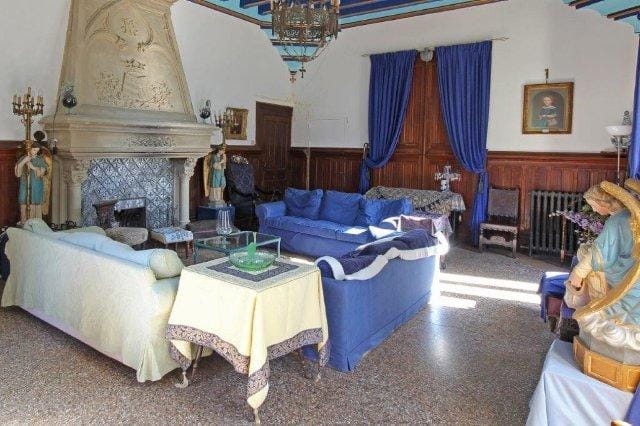 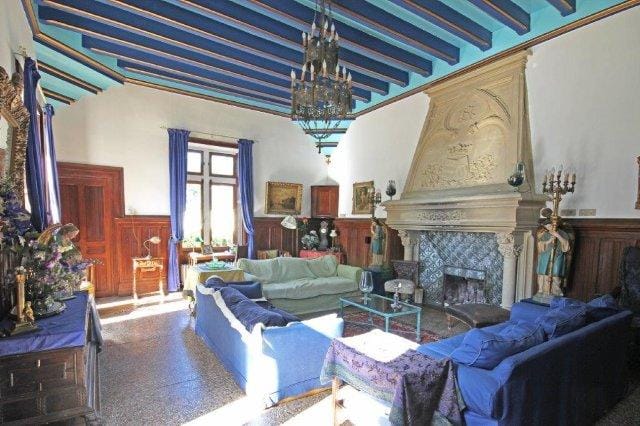 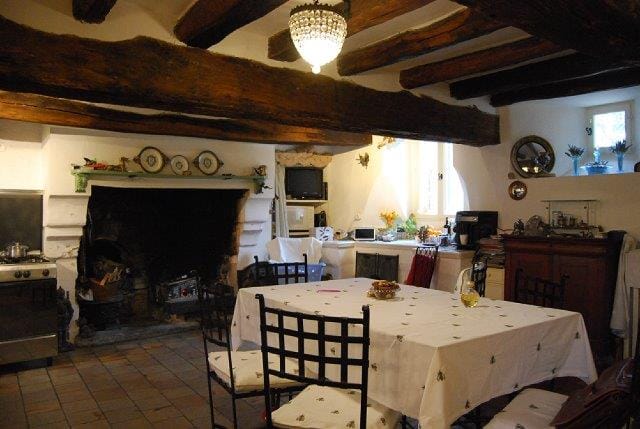 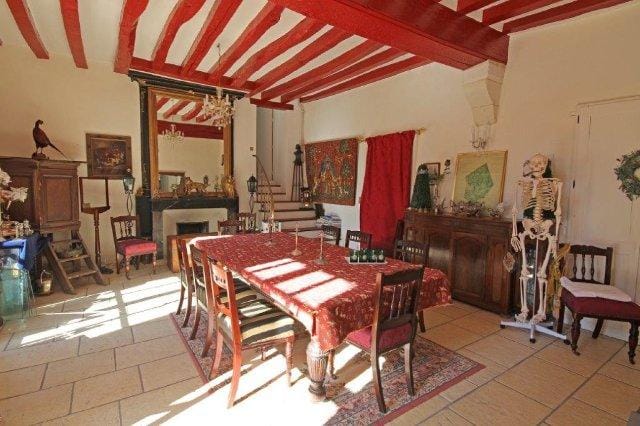 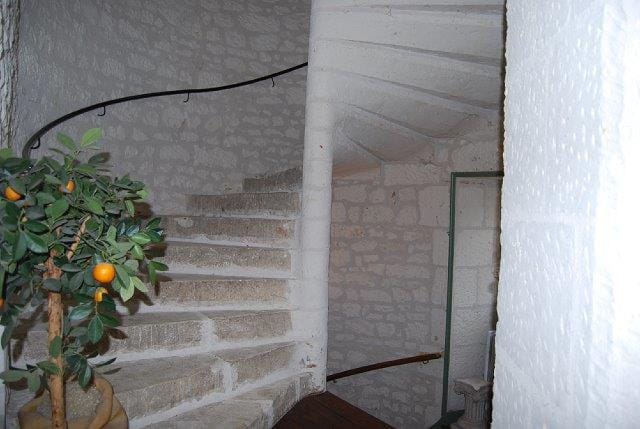 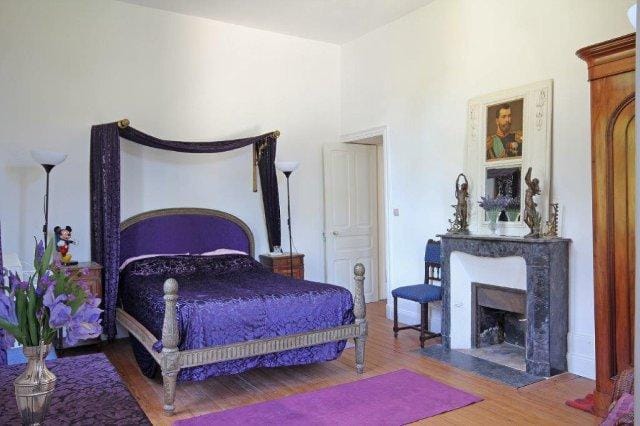 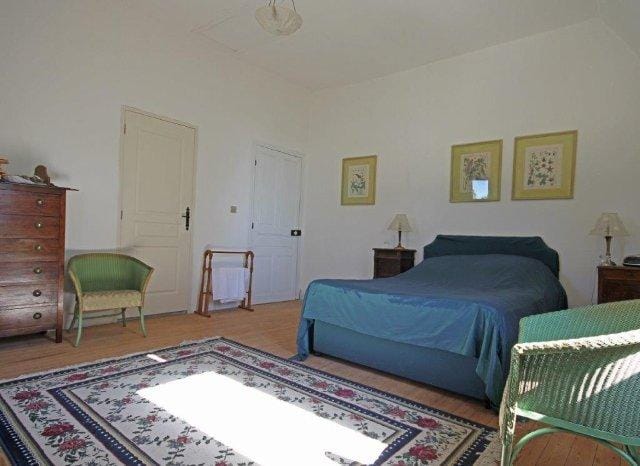 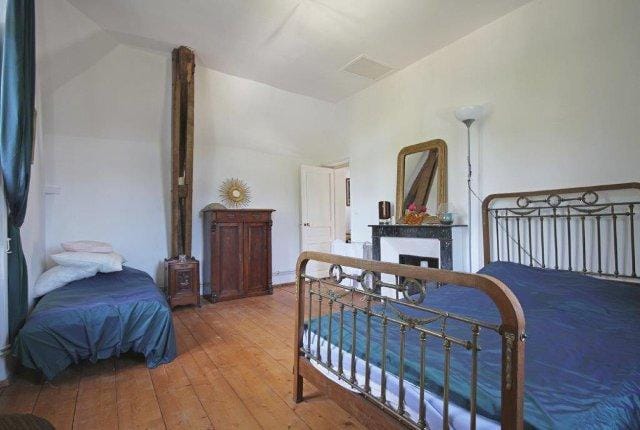 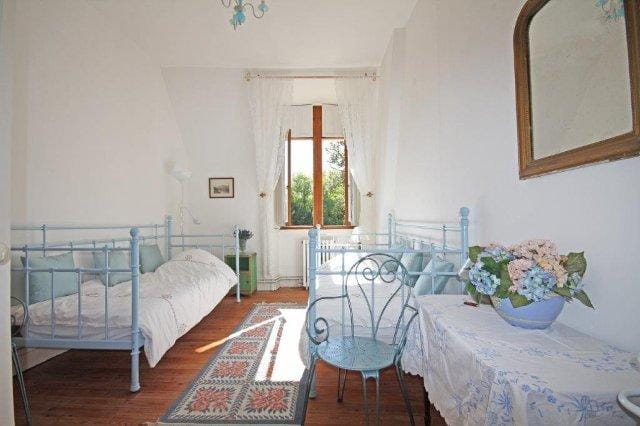 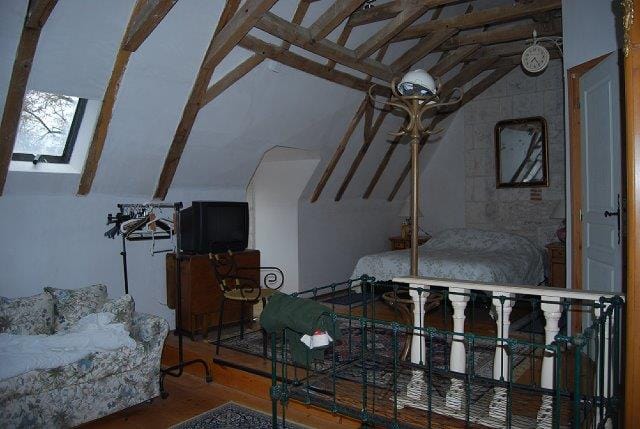 Castle for sale near Chinon.

We offer for sale this charming castle of the 15th and 19th centuries at the crossroads of the Vienne and Touraine just 15 km south of Chinon, in the countryside, hidden behind a beautiful greenery. A haven of peace and greenery close to all amenities (5min).
You will reach Saumur (train station) in 45min and Tours (TGV) in 1h. Paris is 3h30 by car.

A long alley of 600m and lined with large chestnuts leads to the castle on a square land surrounded by moats with water.
A stone bridge followed by a large gate opens the flat ground. Its origins date back to the 15th century and the castle was then considerably redesigned in the 19th century. Near the castle are some outbuildings including old stables.
A second wooden and steel bridge spans the moat on the other side and provides access to the orchard and the wood extending over 10ha.

The castle offers approximately 500 m² living space on several levels. It consists of a 15th part and a 19th part with many elements of period decorations. The whole is completely restored and in perfect condition.
2 staircases distribute the building: a large 15th century stone spiral staircase and a 19th century wooden staircase.

On the floors, 10 bedrooms and 5 bathrooms (5 suites).
Basement under the 19th part consists of two rooms including an old kitchen.

The outbuildings include:
- A large stone building in the shape of a square housing former stables, woodshed, garages, former staff housing, storage space, etc.
- In contrast, an outbuilding composed of a part barn and a lean-to summer lounge.
- A square dovecote outside the flat land.
- The remains of an old chapel.

The property extends over approximately 11ha composed of the welcome alley, a part park and garden, an orchard, and a large wood crossed by bridle paths. A beautiful set