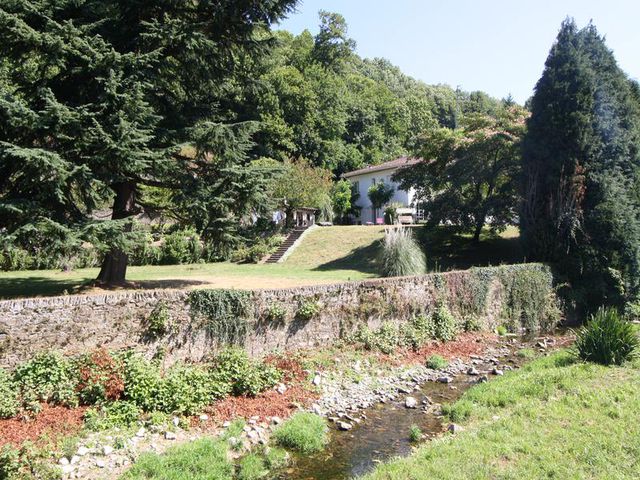 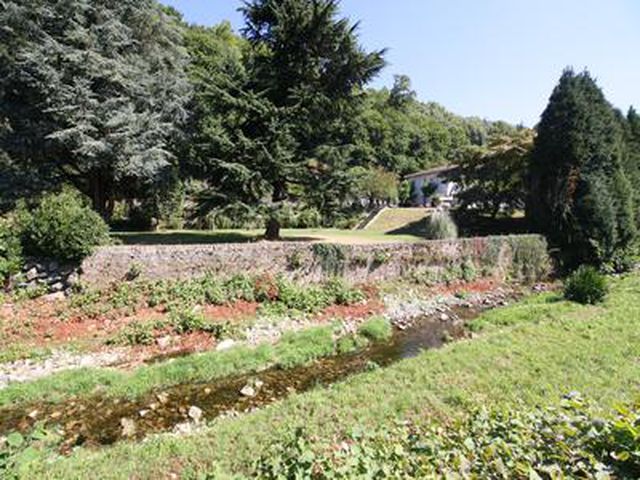 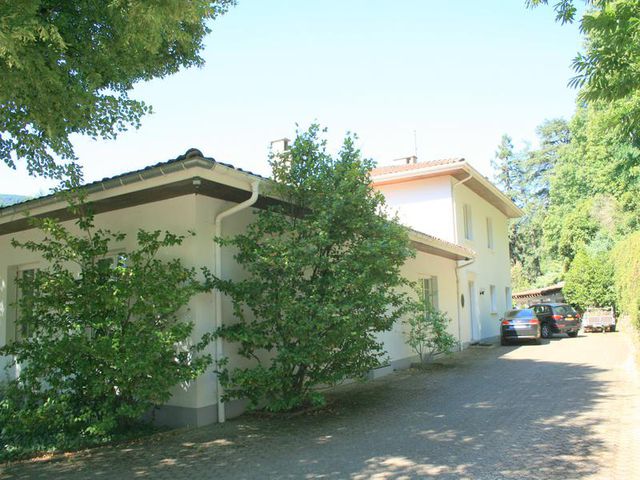 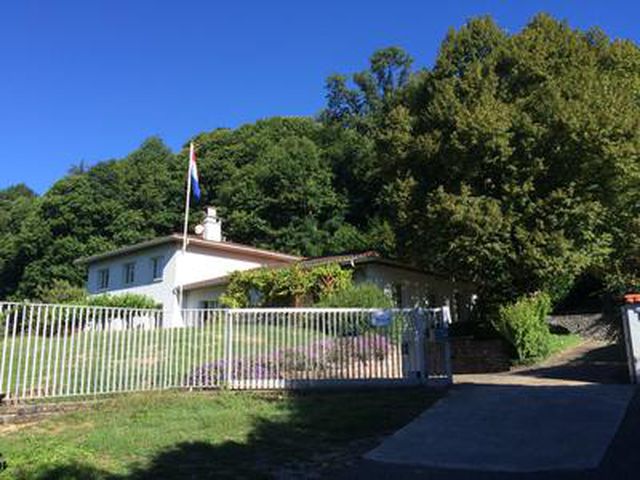 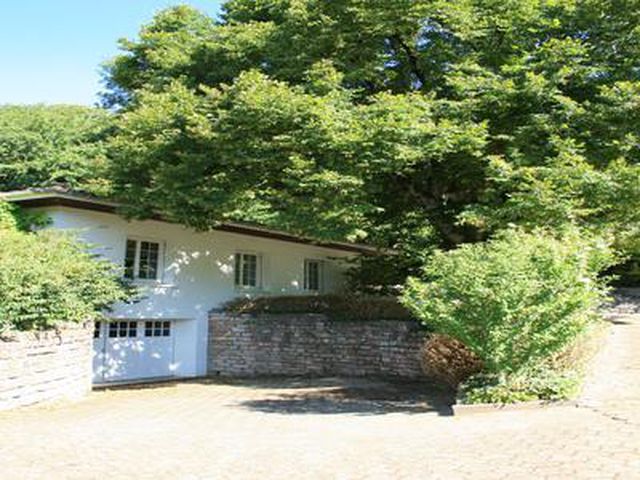 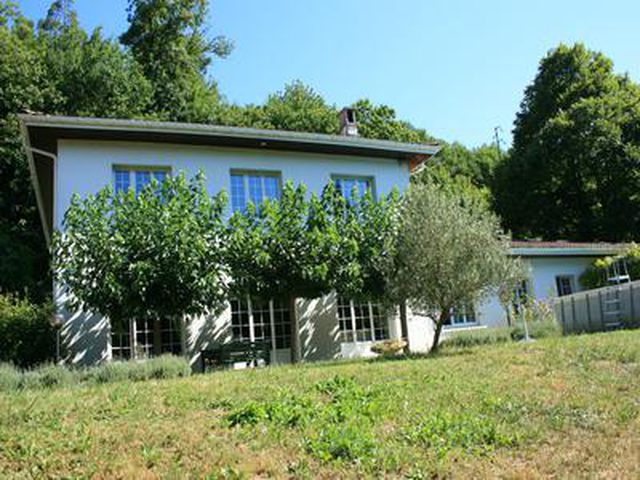 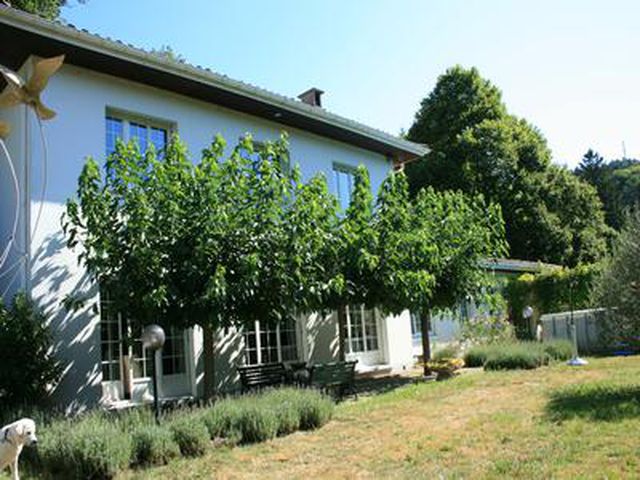 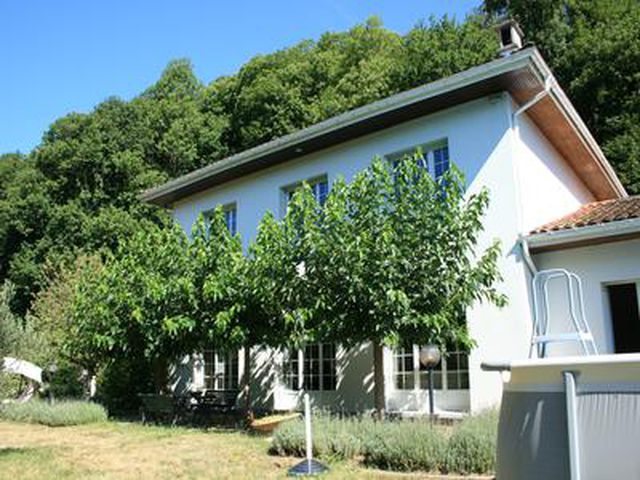 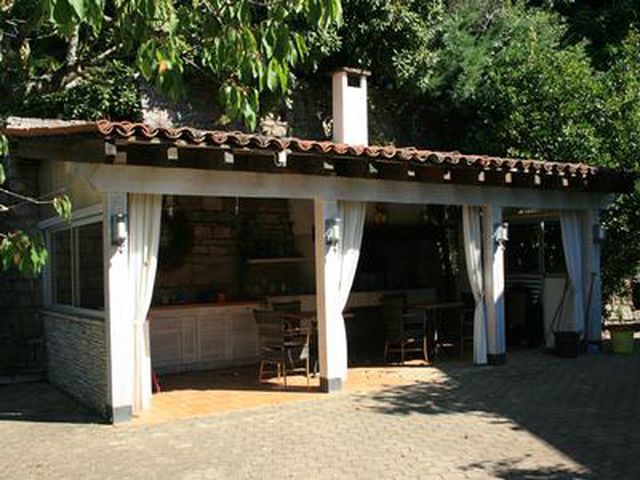 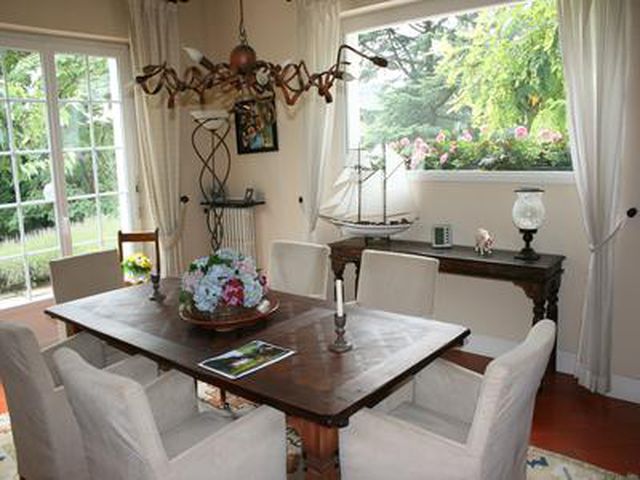 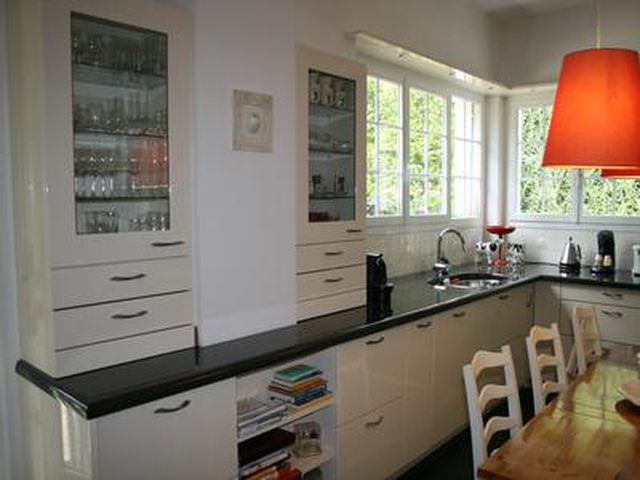 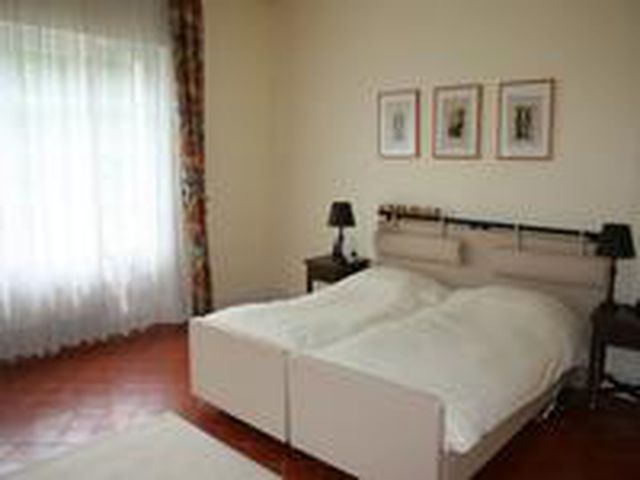 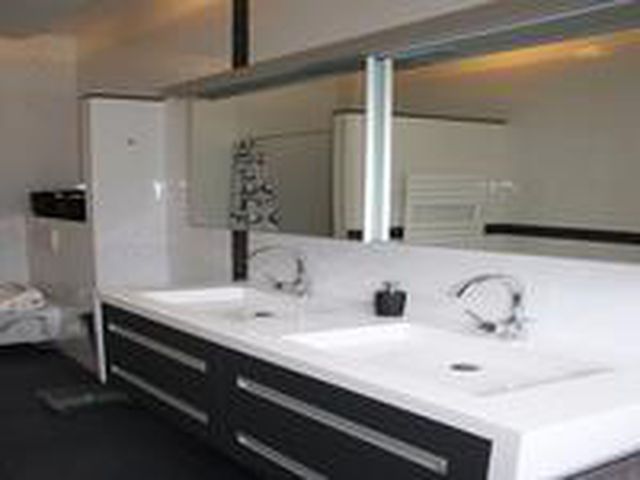 Luxurious living in secluded luxurious style, in beautiful parkland but with a short walk into town ;what more could one want from a home in the beautiful Tarn region of Languedoc?

The landscaped gardens will delight the gardeners amongst us, ending at a charming river. Nothing to do here in this 60s built 7 bedroom home, the standard of finish being superb throughout; drop your bags and enjoy french living with the summer kitchen barbeque area.
A real gem in one of the last affordable regions of southern france.

On the outside of the well-situated town of Labastide-Rouairoux over a little bridge shared with only one other is hidden the "White House" as the locals call it; the irony is not accidental as it sits as proudly as the other White House in a beautiful situation.

A gated driveway leads up to the huge garages beneath the house and on round to the main entrances to the house which are several. I entered by the kitchen door into a 20m2 fully-fitted kitchen, modern,tasteful and superbly finished with style. As with many large kitchen, dining/breakfasting is included , despite a large (21m2) dining room with doors to the gardens. An archway leads to the huge lounge, a generous 38m2 with several double doors out to the gardens and a beautiful fireplace.
Through to the main entrance hall which leads on to a suite of 4-5 bedrooms, most en-suite and up the fine staircase we find a further lounge/library, the same generous proportions as below and another 2 bedrooms,plus an office; a bewildering choice of rooms,all finished beautifully.

Below the house the cellars with garages and workshops total a massive 300m2, enough for the most avid "do-it-yourselfer"
Back outside the landscaped gardens are on several levels ,with beautiful mature trees, and bordered by the river Thoré along its whole front length.
A charming covered summer kitchen equipped with BBQ area is a real bonus as with the large above-ground pool.

In all a real gem of a home at a realitic and affordable price, not to be missed.

Situation:
The house is in easy walking distance of all conveniences, shops,restaurants,banks etc. Labastide-Rouairoux has a weekly market as does the nearby town of Saint Pons de Thomieres which is the capital of the beautiful Haut Languedoc regional nature reserve and whose settlement dates back to the Stone Age as proves its museum of Prehistory.
Labastide also boasts a textile museum having been the most important textile town in the region apparently because of the purity of its river water. A little further afield the vineyards of the Minervois can be reached within a half hours drive, and the Mediterranean beaches in an hour and a quarter.
The property is equidistant from Carcassonne and Beziers airports at around the same amount of drive time, Toulouse and Montpellier airports being a little further (1h45mins)