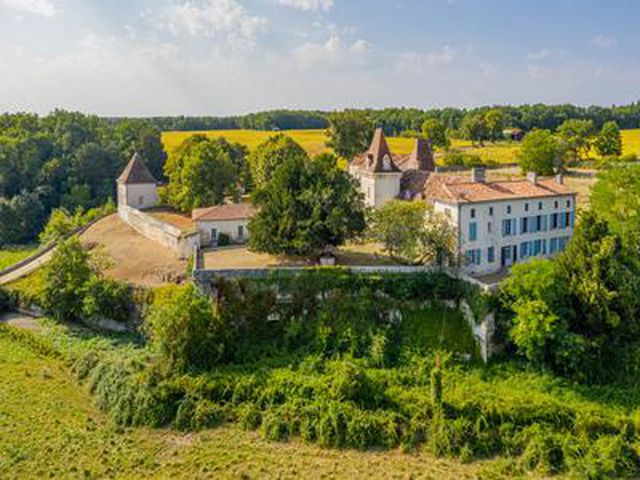 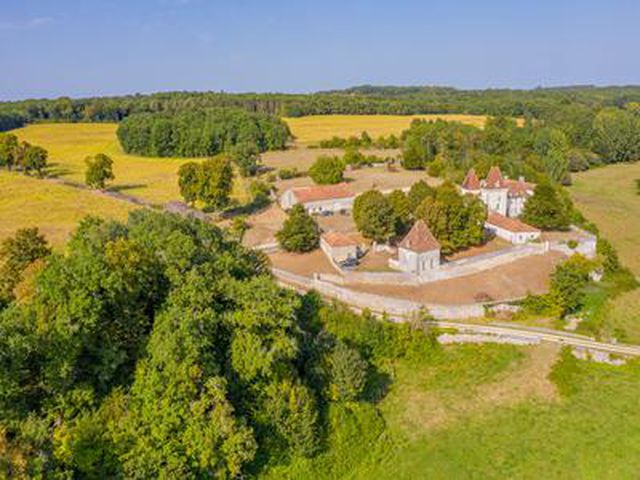 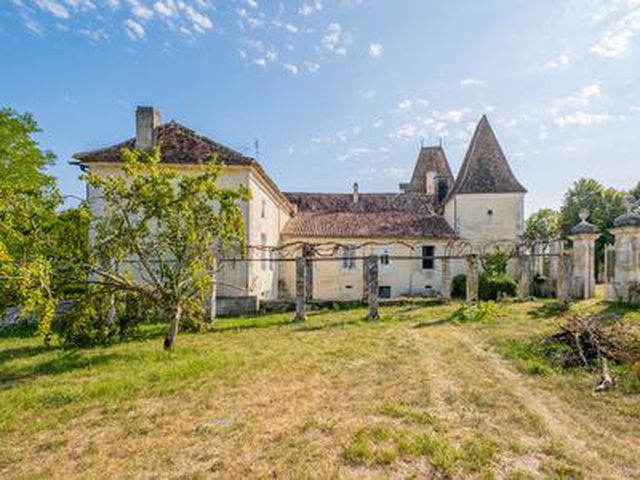 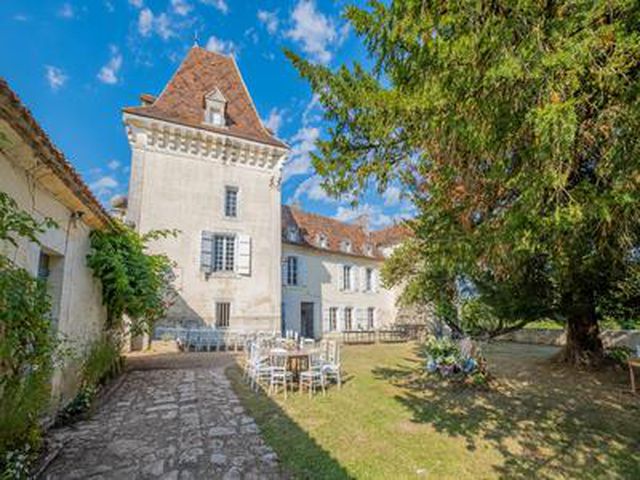 Located in the Périgord Vert, the property is 1km from a village with all amenities, 30 minutes from Périgueux, 45 minutes from Angoulême station (Paris Bordeaux line, Paris in 1h45), 75kms from Bergerac airport and 140kms from Bordeaux.

The 17th century castle (redesigned in the 19th century) was built on a rocky promontory, overlooking ancient moats and meadows.

The outbuildings surround a vast courtyard of more than half a hectare, totally enclosed by walls.
The property is located in the centre of an 86-hectare estate in one piece, composed of woods, meadows and agricultural land.

The residence offers approximately 460m² of living space on 2 levels consisting of living rooms, reception, six bedrooms, three bathrooms and two shower rooms. Parquet flooring and fireplaces in most of the rooms.

The many outbuildings could be restored to their original functions: to serve as dwellings.
The Guardian's Tower is already habitable comprising of a kitchen, living room, bedroom , wc/shower/utility room and cave.

On the estate, there is also a chapel, an agricultural hangar, a spring, various streams and important old underground stone quarries that have now been abandoned.