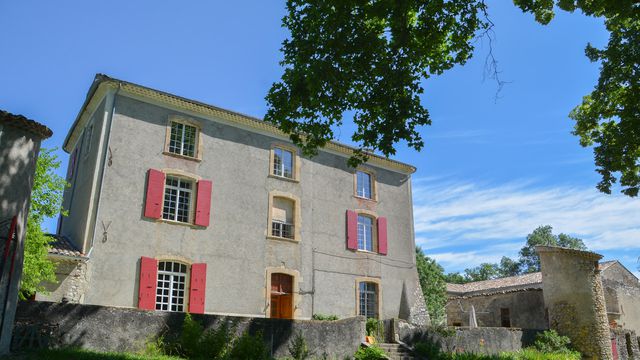 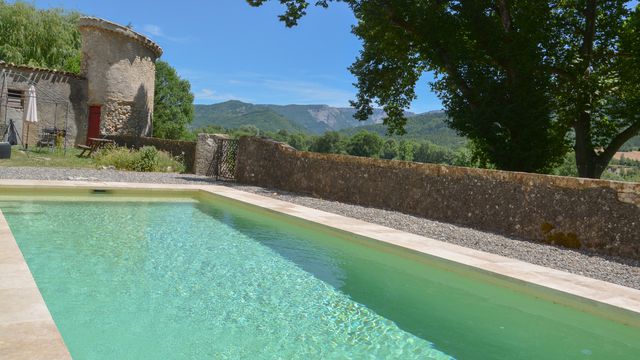 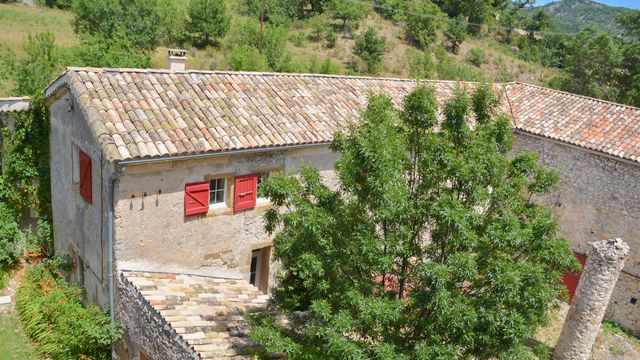 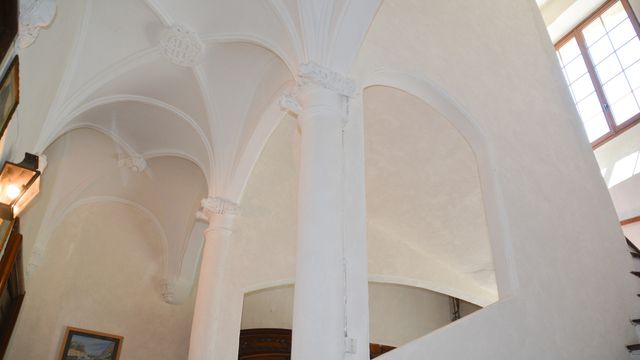 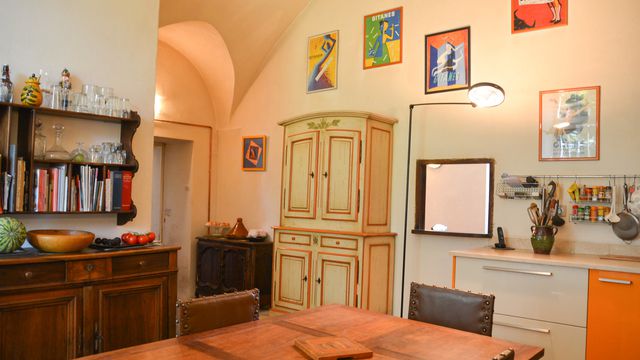 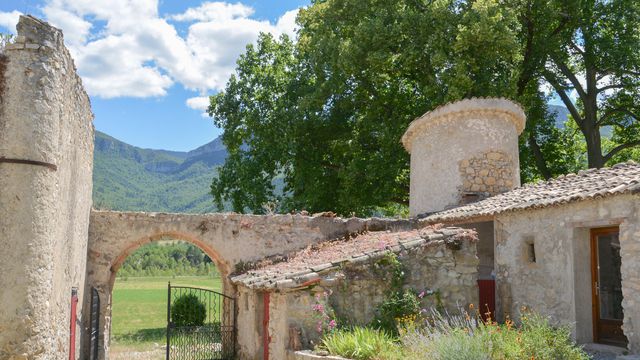 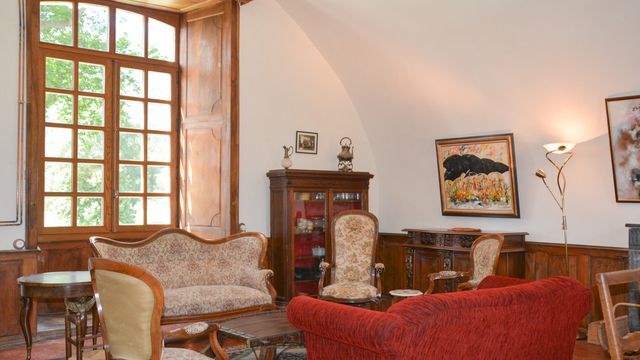 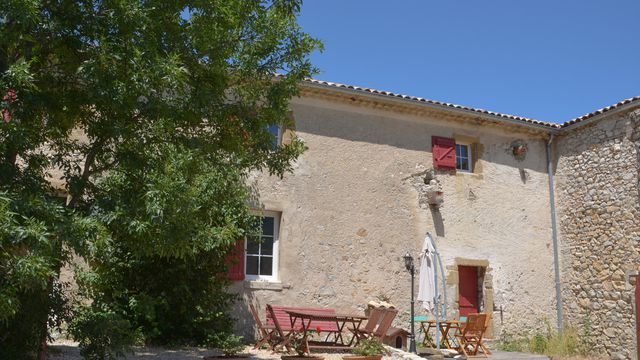 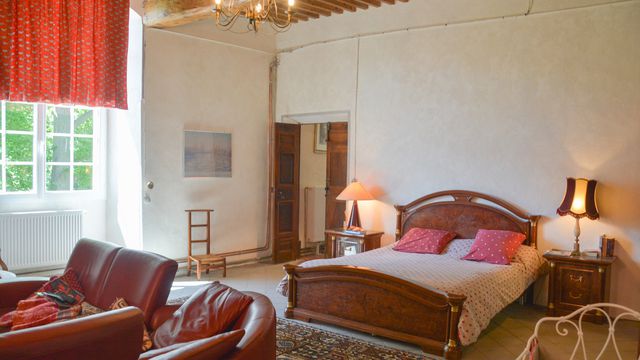 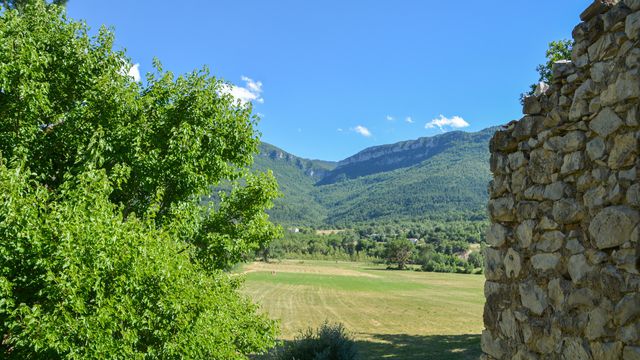 A charming château dated from 1650 with outbuildings and large terrain.

The main building is two floors high, with high ceilings and lots of luminous light everywhere.

The next-door farm of 145 m2 is a fully renovated gîte.

These two properties have in total 15 bedrooms and three reception rooms.

A large barn of 340 m2 has a new roof and is waiting to be restored to former glory. Additional outbuildings, pool, own water source, garage, outdoor parking, rental revenue.

This charming 17th century château overlooks the beautiful Provençal country-side filled with lavender fields, meadows and valleys. The entire property includes an adjacent farm currently operating as a popular gîte, a courtyard, four tours, outbuildings, a large barn, own water source, a pool, garage and more than 7 hectares of land.

The château has two floors and offers more than 410 m2 of accommodation not including the central staircase, cellar and attic. The converted farmhouse offers 145 m2 living area and next to it is a 340 m2 large barn that has the potential to become accommodations as well.

The château has original restored floor tiles, a beautifully detailed staircase and wood beam ceilings. Between three- to four-meter-high ceilings on each floor and luminous incoming light from all directions.

The first floor consists of an area that could be easily be turned into self-contained apartments. One already existing apartment of 56 m2 in the west wing of the château has a separate living room with adjacent kitchen, bedroom with own bathroom and separate WC. The east wing of the first floor has a 40 m2 large master bedroom with open fire place and a 6 m2 bathroom with a bathtub, next to a second bedroom of 13 m2 and a 17 m2 large office, the last two facing north.

The second floor, that used to be the servant’s quarters, has additional four larger bedrooms; 20 m2, 19 m2, 17 m2 and 16 m2 each. A 17 m2 large playroom and two more bathrooms are situated on this floor. In addition, there are two smaller rooms 8 m2 and 7 m2 each that could be converted to extra bathrooms. The second floor also offers the possibility to convert into self-contained apartments if wanted.

The château, the farm and several outbuildings have recently been renovated with great care and respect of the environment and with using many original material and details. Still is it a modernized and efficient property, with own solar panels that keep the heating costs down. The property also has a new roof, new roof gutters, new roof insulation and double-glazed new windows. There are countless nooks and crannies that provide storage space on all floors.

The 145 m2 farm building next door is also renovated and functions as a popular 3-bedroom gîte with rental revenue all-year-round. Adjacent is an impressive barn of 340 m2 waiting to be fully renovated.

Four tours surround the courtyard where one of them used to be a chapel. A saltwater pool is in the south facing court of the château, overlooking the beautiful views.

There are so many interesting stories between these old walls. But one comes from the courtyard. The rose bushes that grow there are the same type of roses that where used in Coco Chanel’s perfume Chanel n°5.